Here are just a few snippets  that did not make the original blogs.

Amazing that a statue of Edgar Allan Poe, someone who wrote such dark and mysterious things was originally funded by the sale of bobble head dolls of the author.

Boston Marathon…Notice the missing letters on the address that should say Marathon Place.  They chose not to replace the letters on the building in honor of those who were injured or lost their lives. 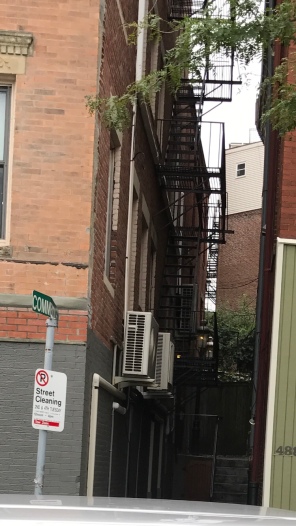 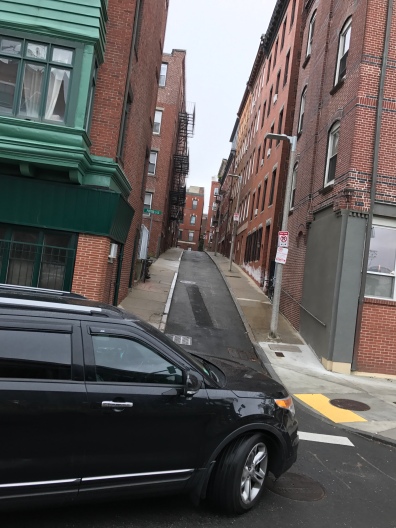 The tiniest streets you can image. These are actual streets in Boston. 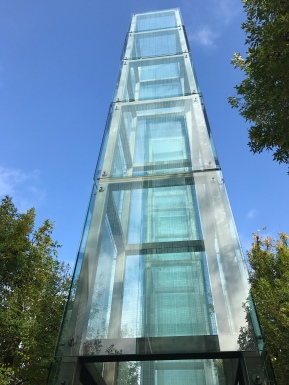 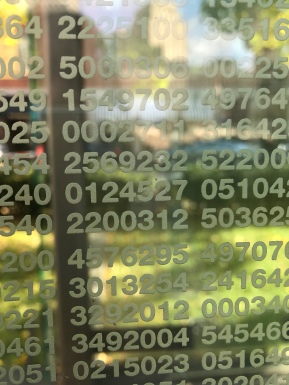 The Holocaust memorial.  The numbers on the monument are of  the people imprisoned in concentration camps.

Fenway Park… we didn’t go inside, maybe some day we can be there when baseball  season is in full “swing.”

This is so cool!  This 300 pound cooper kettle was made in 1873 to advertise the Oriental Tea Company. It now sits above Starbucks where it puffs steam daily.

and last but not least, The Freedom Trail,  probably the most important walking tour you could take…..we chose to ride this one instead of walk..  It is a 2 1/2 mile path through Boston from downtown Boston Commons to Bunker Hill Monument in Charlestown with sights along the way such as Paul Revere’s house and the Old State House.Hope you enjoyed these little snips of Boston’s history.Three  Girls Travel agrees that Boston was our most enjoyable trip.  We want to visit again because there is so much yet to explore…and we are on the illusive search for the New England fall foliage.Now to decide where our next adventure will be…

When we travel...it's always an adventure! View all posts by threegirlstravel

Getting to Know Lee..One of the Three